Impact of a Weak Vestibular System: The Inner Ear

After Cheri Moore’s success with helping my older son, I decided to seek her advice regarding my younger son’s unclear speech and lack of attentiveness. We thought his speech would improve over time, but by age five I realized he needed speech therapy. My younger son often said “what?” or “huh?” and easily became distracted while I was teaching him. When upset, he could not express himself. When ask what was wrong, he would just look at us and cry, or worse, run out of the room. It was as if he had lost his voice. When he did speak, his voice was loud regardless of how much noise was present in the background. He did not know what it meant to whisper or use an inside voice. During Cheri’s first visit, she expressed concern about behaviors that indicated hearing sensitivities. Wow! I had not yet filled out the questionnaire. Results from his Uncomfortable Loudness hearing test explained why his voice was so loud. He had hearing sensitivities; thankfully there was no hearing loss. Cheri explained that my younger son heard environmental sounds so well he needed to speak loudly to block them out. This enabled him to focus on what he was saying.

I was also concern about my youngest son’s lack of coordination, which was most apparent on the soccer field. Although he loved to play the game, it seemed that he would fall down too easily. Also, it was not unusual to see him suddenly lie down on the floor, even in public places. This would happen when I was speaking with friends in the church foyer and he was standing next to me. Suddenly, he would lie down on the floor, smiling, even softly giggling. He rarely stood on his own two feet, preferring to lean against something.

Cheri recommended Berard Auditory Integration Training (AIT) along with Dianne Craft’s Brain Integration Therapy (BIT) and speech therapy. Several months after completing AIT and continuing BIT, the speech therapist was encouraged by Ryan’s progress. His speech therapist commented several times her surprise at Ryan’s great gains. He met all speech therapy goals in half the time originally estimated by his therapist. He has also found his voice when upset.

I am writing this testimony during the completion of his second AIT program. We are confident his early intervention will prevent him from struggling academically, socially, and in sports. Regrettably, family circumstances prevented him from receiving his second AIT six months after completing his first program. When he began to have difficulty speaking, I knew I could no longer delay making the time to complete his second program. I now realize it is very important to follow intervention timing guidelines. I hope my testimony will encourage other parents to be more vigilant with scheduling follow-up hearing tests and having their child complete the recommended second AIT program.

Update: Cheri contacted me about 18 months later regarding my younger son’s academic progress asking specifically about his reading comprehension. Unfortunately, my youngest son’s reading skills were delayed with reading comprehension difficulties. Cheri asked, “Can he catch a ball with confidence?” No, he could not. Talk about timing, an optometrist had just shared that he had an eye that turned out when it grew tired while reading. His glasses were helping, but I thought that was the solution. Cheri explained the importance of vision therapy to strengthen visual neural pathways and teach both eyes to work together. She shared a wonderful story and YouTube links about the brain’s ability to change. It helped motivate me to save the money we would need for vision therapy.

A year later I am very happy to share that my youngest son will not struggle academically. He is now in advance reading classes! 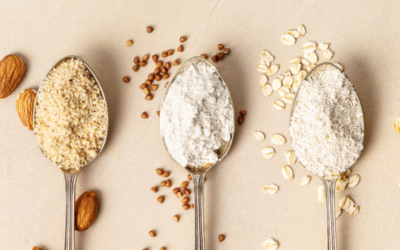 Why Milling Grain Enhances Your Life and Saves Money

Current events have everyone watching their grocery bill go up and up. Regardless of your age and stage of life, just about everyone is looking for a few ways to save money. One way you may not have thought of is milling grain into flour. The way grain is milled has...

Subscribe to our email list to receive email notifications whenever a new post is scheduled. By joining the Moore Auditory Training Community, you will also be the first to learn about free resources and new products or promotions.